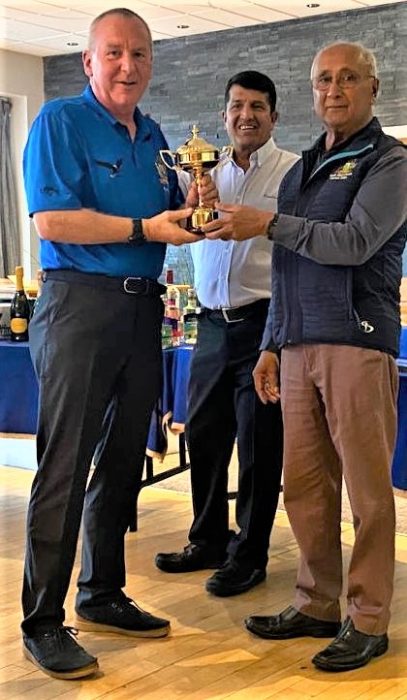 WINNER OF THE DAVID LITHGOW CUP

A great morning in kind weather had by 90 plus great Barr seniors, followed by a good, cooked breakfast afterwards.
Club Captain Ranjit Khakh and Seniors Captain Pradip Chandarana presented the David Lithgow Cup to Paul Tudor, also the seasons trophies to all the other winners’
A farewell gift from Great Barr Golf Club to Bill Perry was made by Seniors Captain Pradip Chandarana.
Bill had organised the popular Seniors Open for over ten years and is stepping down.