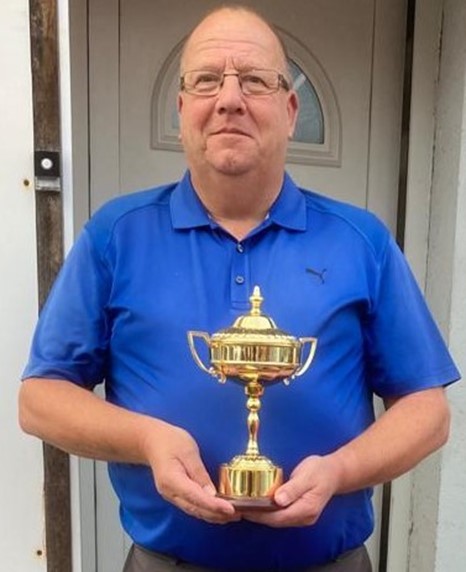 A successful day was had by all on Tuesday 20th October 2020 in the Senior section of Great Barr Golf Clubs annual combined golf and trophy presentation.

Under normal circumstances it has traditionally been a shotgun format, but due to the current situation and the obvious catering difficulties it had to be altered.

There were 96 players, competing for the Dave Lithgow Cup and team prize, including many runners up prizes offering early festive cheer in the form of alcoholic beverages.

It worked well with winner’s photos taken alongside trophies, and a time slot given to groups coming in to eat, so there was continual social distancing at all times. Dave Lithgow was our popular club steward for over 25 years from the mid-seventies, and when he was unfortunately diagnosed with a terminal illness about four years ago wanted to give a trophy to the senior section of the club as a memorial. The clear winner with a very creditable 42 points was Rob Cleaver, well done Rob and thanks to all those who supported a succesful day.